The reports confirm what Burford Capital has witnessed firsthand: APAC arbitral seats are becoming more prominent and valuable worldwide. Here is an overview of the key insights from the reports, arbitration trends in the APAC region and how legal finance can counter some of the perceived weaknesses of arbitration.

Key conclusions from the ACICA report

Disputes are not limited to specific industries; rather, most industries, especially those conducting transnational business, opted to resolve their largest claims via arbitration. Disputes extended beyond traditionally arbitration-heavy industries such as construction, infrastructure and energy to also cover transport, maritime, banking, finance and private equity.

Key conclusions from the SIAC report

Singapore has become the premier location for commercial dispute resolution in APAC. The SIAC report highlights significant growth in both the number of case filings in 2020 and their total value. SIAC reported 1,080 new cases in 2020, up 125% from 2019, with an overall value of $8.49 billion. While the average value of case filings was $19.26 million, the highest sum in dispute for a single administered case was almost $1 billion. Moreover, 94% of new case filings were international in nature, with the highest number of international cases coming from India, US, China, Switzerland and Thailand.

There are no restrictions to who may represent a party in arbitration and Singapore courts rarely interfere with arbitration proceedings—two reasons why Singapore attracts so many international cases. There is a greater variety in disputes than any other APAC region, with over 25 different sectors outlined in the SIAC report.

These figures demonstrate just how robust the commercial arbitration sector is in Singapore and in APAC generally.

Key conclusions from the HKIAC report

The total value of arbitration disputes in Hong Kong grew from $4.7 billion in 2019 to $8.8 billion in 2020—a staggering 87% increase. Hong Kong saw a total of 483 cases, with each case averaging out at $32.4 million. Despite its lower number of case filings overall, Hong Kong has kept up with other global arbitration hubs in the region.

International arbitration accounted for 73.4% of all arbitration disputes submitted to the HKIAC in 2020, with parties from 45 jurisdictions. As in Singapore, Hong Kong governments maintain a pro-arbitration policy and encourage it as an alternative dispute-resolution method. Given that the majority of cases involved corporates, financial services and international trade, it is evident that companies value arbitration as an accessible resource when pursuing high-value claims.

Hong Kong remains an important arbitral seat and, according to a survey conducted by Queen Mary University of London, ranks third among the most preferred seats worldwide, following London and Paris. The flexibility with which parties can arrange proceedings, coupled with the backing of government and courts, contribute to Hong Kong’s appeal as a leading hub for international arbitration.

The important role of legal finance in international arbitration

While the growth of international arbitration in the APAC region is a positive development for corporates looking at arbitration as a means to secure valuable awards, a persistent obstacle remains: Arbitration is expensive. While it is unsurprising that large arbitrations often involve costs in the millions of dollars, even smaller arbitral claims can involve hefty fees in the millions. The process can also be lengthy, especially when awards need to be enforced in different jurisdictions. Businesses need to mitigate the costs and risks associated with the process.

Legal finance is particularly useful in meeting these real obstacles of arbitration and especially international arbitration. As collaborating with a funder provides immediate capital, generally on a non-recourse basis, legal finance is increasingly attractive to companies in the APAC region. In the same way that corporate clients routinely seek the advice of large international law firms with specific international arbitration experience, those corporates also seek funders with long and proven track records funding these types of transnational disputes because they offer both finance and subject matter expertise.

Legal finance is also increasingly attractive to law firms in the region—and not just hourly fee firms representing arbitration clients experiencing fee fatigue. Contingency fee laws are changing in the APAC region. Victoria became the first state in Australia to permit the use of contingency fees in class actions. Both Hong Kong and Singapore are also beginning to consider the use of conditional or “outcome related” fee structures in arbitration. Funders can be an asset for firms transitioning into a contingency fee structure: Their capital and transnational expertise can help top tier law firms and counsel in the APAC region compete with large US and UK-based law firms.

Many arbitral institutions are revising their rules to account for the important role legal finance plays in ensuring businesses have proper access to justice, particularly when trying to resolve transnational disputes. Singapore, for example, introduced a third-party arbitration funding framework in 2017, enhancing the appeal of its arbitral seat. In Australia, new ACICA rules became effective on April 1, 2021, with provisions for third-party funding that highlight its frequent usage in international arbitration. Arbitral institutions in the APAC region are clearly taking note and embracing the use of legal finance, which will further bolster Australia, Singapore and Hong Kong as the most valuable venues for international arbitration worldwide. 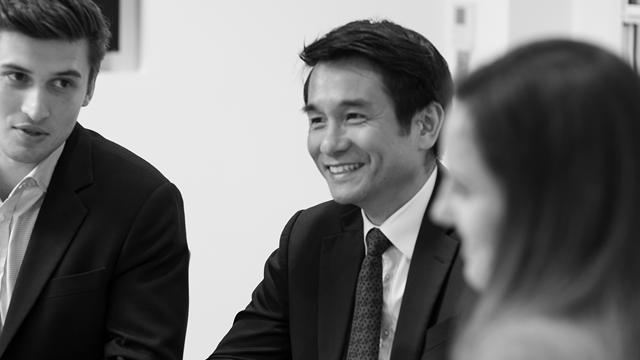