As we enter 2023 amidst global economic uncertainty, fueled by political and financial tensions, we look to key insolvency and restructuring trends that will emerge in offshore markets—home to some of the world’s largest financial hubs.

Offshore organizations in the Bahamas, British Virgin Islands and Cayman Islands are experiencing heightened uncertainty amidst tightening global economic conditions, including rising inflation, higher interest rates and increasing geopolitical risks. While the predicted wave of insolvencies following Covid’s impact in the region never materialized, these factors continue to have an increasingly negative economic impact upon businesses in offshore jurisdictions.

Significant government stimulus packages during and after the onset of the pandemic largely staved off high insolvency numbers. Now those government incentives have largely subsided, removing temporary protections while contributing, as many argue, to record inflation.1

Businesses in offshore markets are realizing lower profits due to the lingering supply chain crisis and soaring operating costs. The ongoing war between Russia and Ukraine and rising debt in China have contributed to worldwide economic uncertainty. Equity markets and corporate valuations are down for the year, exposing poorly capitalized companies, none more so than in the crypto sphere where there have been a number of high-profile insolvency filings, most notably of crypto exchange FTX, which filed for Chapter 11 bankruptcy in November 2022.

We can certainly expect a rise in insolvencies in line with increased economic volatility in 2023. This article explores this and other key trends to expect in the coming year.

Offshore jurisdictions will see a rise in restructurings and filings

We are currently seeing modest insolvency filing rates in offshore markets, but that is expected to change as insolvency rates pick up in major countries with holdings in jurisdictions such as the Bahamas, BVI and the Cayman Islands.

Out-of-court restructurings continue to be in favor and are expected to continue into 2023. Debtors that find solutions with vendors and suppliers outside of court may recover more rapidly and without going into further debt. Formal petitions are generally reserved for larger companies with complex asset structures that involve dozens of creditors.

Because most of the insolvency activity in offshore jurisdictions is cross border and involves complex legal structures and operating subsidiaries of large global organizations, we can expect restructuring activity in the region to mirror that of major financial hubs across the world, including New York, London and Hong Kong. We are already seeing insolvency rates pick up in the US; as of November 2022, commercial Chapter 11 filings increased by 74% compared to the prior year.2 The US is one of the global powers with the largest number of corporations housed in offshore jurisdictions, including more than half of the Fortune 500 companies and several of its 50 biggest companies.3 And in the UK, the number of registered company insolvencies rose by 35% in November 2022 compared with the number registered in the same month pre-pandemic.

Leading offshore jurisdictions such as the Cayman Islands and the BVI have witnessed several large-scale restructurings in the past few years, particularly in the cryptocurrency industry. As the use of digital assets continues to increase worldwide, the Caymans and BVI will be key forums for disputes in the cryptocurrency sector given their nexus to multiple exchanges and token issuers and the prevalence of BVI and Cayman structures through which crypto and digital asset projects have been organized. The BVI courts in particular have handed down several landmark decisions relating to cryptocurrency in recent years. The BVI Commercial Court was one of the first to recognize cryptocurrency as property and rule on how such assets should be treated by a liquidator in an insolvent winding up in the 2021 Torque matter.4 In 2022, in another first for the territory, the BVI Commercial Court granted a worldwide freezing order in ChainSwap v. Persons Unknown, demonstrating that the BVI courts are on top of the issues posed by digital asset fraud. Another 2022 example includes the restructuring of the decentralized autonomous organization (DAO) behind SushiSwap—a cryptocurrency exchange valued at over $250 million—in which the organization split into three entities located in the Panama and the Cayman Islands.5

Finally, and most significantly, the Cayman Islands’ Companies (Amendment) Act of 2021 entered into force in August 2022.6 Under the act, companies can now engage in restructurings under a Court-appointed company restructuring officer (CRO). Similar to Chapter 11 proceedings, the filing of an application for restructuring will automatically trigger a moratorium on claims against the company. This replaces the existing regime via the presentation of a winding up petition, appointment of a provisional liquidator and promotion of a scheme of arrangement. In November 2022, in a show of willingness to give effect to its new restructuring regime, the Grand Court of the Cayman Islands ordered its first appointment of restructuring officers.7 We expect a rise in applications under this new regime as businesses in distress use the breathing room offered by the moratorium to explore their options, without the stigma associated with the liquidation process.

Overall, the Cayman Islands continues to maintain its status as a global financial hub and an attractive jurisdiction for complex debt restructurings. We can expect more cross-border restructurings in the coming year, including restructurings impacting major organizations from global powers such as the US, UK and China.

Global inflation will continue to cause economic hardship in the region

Inflation has more than doubled since the start of 2022 and continues to be an area of huge concern across almost every industry and geography. Without doubt, the effects of inflation on the global economy will have ripple effects on filings in offshore jurisdictions.

The oil and gas, retail, manufacturing and tourism industries remain especially vulnerable. Businesses within these industries face major increases in operational costs, and some of them will be unable to bear those increases, resulting insolvencies.  In addition, as consumers around the world lose their buying power because wage growth does not appear to be keeping up with inflation, offshore economies, especially those reliant on tourism, face the possibility of a significant loss of income; this is particularly true for the Caribbean, which relies on tourism for up to 48% of its GDP.8

As the onset of an impending recession looms large, an increase in insolvencies seems likely. Inflation in the Eurozone reached a high of 10% in September (up from 9.1% in August).9  The consumer price index in the US in August 2022 rose by 8.3% compared to the prior year and small business loan rates may reach above 9% through the end of 2022 as the Federal Reserve battles inflation.10

Outside North America and the EU, a global downturn is expected in more financial hubs across the world. China and Hong Kong—which have a significant number of companies incorporated in the Cayman Islands—face a growing debt crisis and struggling economies. China cut its interest rates to cope with its economic slowdown in 2022, and the country’s construction and real-estate industries are expected to be severely impacted.11 One example of this can be seen in Yango Group Co.—a major Chinese developer based in Hong Kong—which received a winding up petition in October 2022 on its offshore unit in Cayman Islands after the company missed an $8.54 million payment.

Again, because the majority of insolvencies taking place in offshore jurisdictions are cross border, we can expect market volatility to have an outsized impact in the region. It is likely that inflation, coupled with the same supply shortages seen globally, will influence an increase in the number of both insolvencies and restructurings in the coming year.

The use of legal finance for insolvencies involving offshore regions

Recent judgments and legislation reinforce the growing use of third-party funding in restructurings and insolvencies in offshore markets.

In 2020 in the BVI, Crumpler v. Exential Investments Inc. saw the first judgment on the use of third-party legal finance for litigation and liquidator costs.12 The decision involved the multinational Ponzi scheme run by Exential Investments that left thousands of investors reeling from financial losses, in which the liquidators turned to commercial legal finance to cover the costs of the prospective litigation. This was a landmark decision for funding in the region as it included the first written judgement expressly allowing litigation finance to be used for legal expenses and liquidator costs. The use of legal finance, while generally accepted to be permissible, was previously never directly addressed by a BVI court. This precedent now serves as a signal of the increasing acceptance of legal finance and reflects an anecdotal trend reported from BVI lawyers that local courts are taking an increasingly commercial view of litigation funding agreements.

The Cayman Islands also codified legislation on third-party funding of disputes via the Private Funding of Legal Services Act in 2020, which allowed for legal finance to be used in a much wider range of proceedings and also allowed law firms to enter into contingency fee agreements. The act came into force in May 2021, providing parties that are entering into expensive litigation or liquidations in one of the world’s largest financial centers with more tools to offset financial risk.

As insolvency practitioners turn to third-party sources for support to pursue meritorious claims, legal finance provides a valuable source of funding, including that of counsel willing to take matters on a full contingency basis. This is especially true where insolvent estates are also burdened with enforcing judgments against recalcitrant directors in offshore regions.

While the Cayman Islands is one of the first offshore jurisdictions to formalize litigation funding legislation, we may see other offshore jurisdictions follow suit. Legal finance will prove to be a valuable tool for insolvent and distressed claimants in the coming year, especially as we begin to see an uptick in the number of restructurings and insolvencies involving Cayman and other offshore entities in the wake of inflation and a looming recession.

Connor Murphy is a Director with responsibility for originating new business with US law firms and companies. Prior to joining Burford, he was Managing Director, Advisory, at BDO Advisory USA, where he led their global business development for forensics, concentrating on cross-border disputes and investigations. 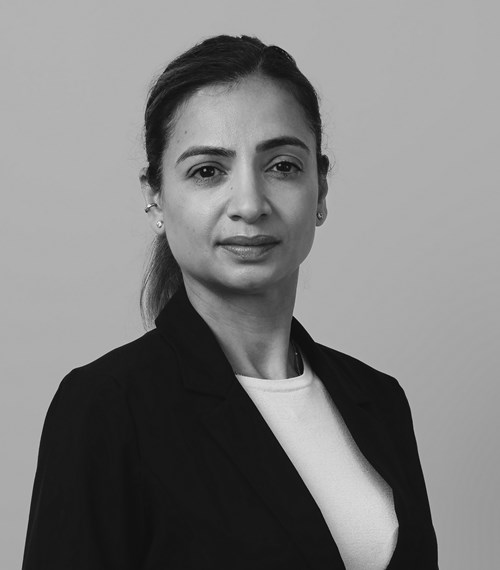 Salina Brindle is a Vice President in Burford’s asset recovery business and also leads the business’s insolvency work. Prior to joining Burford, she was a litigator at Moon Beever Solicitors (now Wedlake Bell), where she specialized in director misfeasance claims and all forms of injunctive relief.