A call to action for the incoming insurance litigation siege

A call to action for the incoming insurance litigation siege 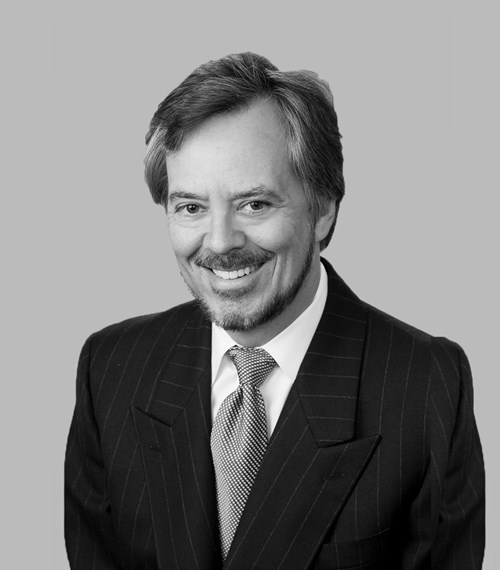 This article was originally published on Law360 and can be found here.

As businesses around the world close, operate on pilot-light status or try their hands at decentralized remote work, one sector is running 24/7: The insurance coverage bar.

Lawyers for insurers and policyholders alike are working overtime to analyze the long list of coverage issues flowing from COVID-19. They’re generating client alerts, webinars and one-on-one discussions aimed at matching needy clients with willing lawyers for a universally expected tsunami of insurance litigation over virus-spawned business interruption claims under a dozen or more insurance lines.

Can courts, legislators, regulators, lawyers and policyholders do an effective job of anticipating and managing this legal onslaught? Yes—but it’s going to take organization and will from all the players. Our public institutions are going to need to get ahead of the coming wave of coverage claims and cases, removing roadblocks to claim adjustment and addressing case management and comity issues directly and cooperatively.

Lawyers on both sides will have to come together, both within their respective camps and between them, to craft workable litigation management plans for courts and for cases. And litigants—the insurers and policyholders with the ultimate, and in some cases existential, stakes in the process—are going to need, patiently, to seek business solutions that complement those efforts to deal with a once-in-a-generation stress on the nation’s judicial resources.

The state and federal courts should convene a joint task force sooner rather than later. Insurance coverage jurisprudence—basically, the application of the law of contract to the language of insurance policies—is, of course, largely a creature of state (and territorial) law. That leaves America with 50-plus court systems, all of which will surely be presented with novel substantive policy interpretation issues and a hurricane of procedural battles.

As the great environmental and asbestos insurance coverage battles of the past 40 years have taught, those disputes will all, eventually, be litigated to the hilt. When coverage issues pose enterprise-threatening risk to insurers and insureds alike, parties find it not just worthwhile but necessary to litigate every money issue to the highest court in every jurisdiction.

History teaches, for example, that without proactive management, the forum-choice and choice-of-law issues raised by COVID-19 coverage litigation alone will consume years and millions of hours of judicial and attorney time, with resolution of the substance of the disputes left in limbo meanwhile.

Multiple races to the courthouse are already under way: Between insurers and insureds, to file in jurisdictions viewed as more favorable to their respective positions, and within each group, as insurers and policyholder law firms jockey to be in the vanguard that will set the terms of engagement for a years-long siege.

Courts need to get ahead of this steamroller. The Conference of Chief Justices (composed of the chief justices of all state and territorial courts in the U.S.) and the Judicial Conference of the United States (representing the federal courts) have come together once before—in the form of the National Judicial Council of State and Federal Courts, which existed from 1990 to 1997—to pursue Alexander Hamilton’s vision that the federal and state courts are one whole. They should do so now.

Besides their own resources, the courts should draw upon the leaders of both the insurer and the policyholder bars—the wise veterans of similar extended coverage conflicts—as well as on disinterested experts in both procedure and substantive insurance law. Vast reservoirs of judicial, attorney and academic wisdom also repose among those who have dealt with class actions and MDL proceedings outside the insurance context. All that experience needs to be married with outside-the-box creativity to give courts the ability to lead, rather than follow, in designing processes that are both fair and efficient.

Lawmakers must be receptive and responsive to both policyholders’ and insurers’ needs for fair and streamlined adjudication. Legislative and regulatory leadership may be required where existing statutes trammel the fashioning of new court rules, and possible substantive legal changes may also be needed to deal with the crush.

In states where the rules of civil procedure are legislative creations, amendments may be needed to give judges new management powers. Legislative or regulatory action may also be needed, for example, to require insurers to preserve discoverable evidence of the underwriting intent of key policy provisions, or to limit insurers’ exposure to “White v. Western Title”-type bad faith claims in order to promote settlement.

The history of complex environmental and asbestos coverage litigation is rich with ideas for streamlining the COVID-19 insurance landscape. Existing institutions like the National Association of Insurance Commissioners should prepare to run with them.

In exchange for this Coverage Lawyers’ Full Employment Act, both sides of the insurance bar need to suppress their proclivities to dictate the agenda, steal a march and win the race to judgment. If actual shooting wars are governed by laws—jus in bello—then the combatants in legal disputes should agree (lest they be told) how they’ll conduct themselves in battle.

Insurance company lawyers have experience with collective action in the litigation arena, having worked together for decades to advance the common interests of insurers as the repeat players in the coverage arena. Policyholder lawyers are a somewhat different story: Lacking a permanent client constituency (policyholders might sue their insurer once in a generation, if that), few have the sort of running interest in the long game that gives rise to a corps of lawyers used to working together.

However the insurance bar may organize itself for the COVID-19 era, the leaders of both camps, even as they compete aggressively for the largest and most attractive pieces of the pie, must invest the time to speak, within the bounds of ethics, with one voice. Their own, their clients’ and the public’s interests all depend on it.

The ultimate parties before the courts will need to work together patiently, both within and between their factions, to achieve an optimal process for resolution—one still likely to be, in Winston Churchill’s phrase, "the worst form of Government except all those other forms that have been tried from time to time."

Insurance coverage disputes are generally a zero-sum game; each dollar in dispute ends up with one side or the other. And when the fights are over not just dollars but the very corporate existence of the parties, passions come to the fore and the taste for compromise recedes. Fair enough. Some things are worth fighting for to the end. But policyholders and insurers are going to need to manage their expectations of what the litigation process can do for them, and how fast it can do it.

Again, the environment is asymmetrical in some respects. Insurers budget for coverage litigation year in and year out, and have been organizing themselves for decades to achieve common goals in court (e.g., the Environmental Insurance Litigation Association). By comparison, policyholders don’t even become players in the coverage litigation arena unless and until they sue for coverage, and consequently have no standing coverage war chests and no established rallying point on the battlefield.

But the industries hardest hit by COVID-19, including hospitality and transportation, do have well-established trade associations that can cooperate to create one. Also, the elite policyholder bar does talk within itself, and can facilitate policyholders understanding and communicating about their shared and diverging interests.

Finally, from the budgetary perspective, the arrival of non-recourse litigation financing has leveled the economic playing field, with third-party capital enabling policyholders to stay the course and devote their precious cash to rebuilding their businesses.

Viral pandemics are human disasters; massive, complex, ubiquitous litigation is their legal equivalent. The lessons being learned daily from the human experience with COVID-19 offer guidance on managing the litigation exposure:

Crisis does bring forth the best in us. As they deal with the insurance litigation fallout from COVID-19, courts, lawyers and litigants should apply the same attitudes of calm and cooperation that they have recently found within themselves in managing the human facets of a pandemic.