Alternative routes to enforcement for claimants in maritime cases

Alternative routes to enforcement for claimants in maritime cases

Maritime arbitration is on the rise internationally. In fact, London—the definitive center for maritime disputes—hosted a record 1,775 maritime arbitration cases in 2020. As claimants increasingly turn to arbitration to resolve maritime accidents and contractual claims, they accept significant risk of delay and loss, given that arbitration can take months if not years to resolve and debtors may redistribute their assets or run into financial difficulties before a judgment is made.

Because maritime vessels are often key to maritime enforcement strategy—given that corporate holding companies are often poorly capitalized shells with no other assets valuable to claimants—it is important for claimants to be well-versed in their options. This is because the value and accessibility of these assets increases the risk of debtors selling or trading their vessels before a judgment. Fortunately, claimants can leverage two tools unique to maritime arbitration—ship arrests and flag injunctions—both during the early stages of litigation and post-judgment. Claimants should use these interim remedies to secure assets and avoid facing an unfulfilled judgment debt.

We explain below how claimants can use ship arrests and flag injunctions and highlight specific jurisdictions in which these enforcement tools apply.

What is a ship arrest?

A ship arrest ensures that a maritime vessel is secured until the resolution of a pending court action and is an effective method of recovering debt from ship owners. It is the most powerful weapon in a claimant’s arsenal as claimants don’t need to provide a detailed examination of the claim and there is limited scope to pay damages in the event of a wrongful arrest.

Ship arrests can be used by claimants so long as a maritime claim exists in their favor and the case is still pending. An arrest can be applied to the court of the vessel’s “flag state”, that is, the state under which the vessel is registered and whose laws the vessel must follow. If successful, the court can order the vessel’s seizure and even sell it if the debt owed to the claimant is not paid. Given the recognition of arrests by almost all maritime jurisdictions, they are the most common way claimants secure their claims.

Despite their popularity, ship arrests can be restrictive: First and foremost, they are only available to claimants if the target vessels are physically present in the waters of the jurisdiction in which the procedure is initiated. Given these restrictions, debtors can actively avoid an arrest by relocating their vessels. Moreover, a ship arrest is an intrusive procedure in that it completely halts a vessel’s commercial operation while the case is ongoing. This restricts a debtor from generating income, which may have a detrimental effect on the claimant’s overall recovery strategy.

What is a flag injunction?

An injunction in this context is the right of the flag-state court to order a prohibition to sell, transfer or deregister a vessel. A flag injunction offers a less invasive, more cooperative approach to enforcement as the claimant does not directly interfere with the debtor’s business.

Unlike a ship arrest, which completely halts a commercial vessel’s ability to operate and trade, a flag injunction avoids draining the debtor’s resources and eventual ability to pay and provides the claimant security over a sizeable asset. Moreover, because the vessel can continue with its commercial operations, claimants may be able to avoid having to provide for “counter security”—an amount of money or undertaking to satisfy a potential future damages claim in the case of a wrongful ship arrest.

While a valuable alternative to ship arrests, flag injunctions come with their own restrictions. They are only allowable in certain jurisdictions, including most prominently Panama, Malta, Cyprus and the Bahamas. The use of flag injunctions within these four jurisdictions varies based on each region’s specific rules:

As one of the most important maritime trade routes, Panama is the number one flag register in the world. The country boasts almost 10,000 vessels, roughly 16% of the world’s fleet. This is because Panama is the most common “flag of convenience” for vessel owners looking to escape the harsher regulations of their own countries. However, the country is becoming less lenient than other jurisdictions in its application of flag injunctions, which are prescribed under Law 8 of 1982.

In 2014, Panama’s highest court ruled in favor of a claimant’s effort to prevent the removal of a Panamanian vessel from the register, stating that being registered in Panama was enough for a vessel to fall under the country’s jurisdiction. Since then, however, higher courts have imposed additional requirements, stating that the owner’s effective and real business domicile must be based in Panama for the flag injunction to be admitted.

Known as a “Section 37 injunction” in Malta, flag injunctions are authorized by the Merchant Shipping Act, and at the end of 2019, the country was the sixth largest flag state in the world and the largest in the European Union.

All vessels on Malta’s register are open to enforcement. Notably, there are 780 superyachts registered under the Maltese flag, making it a particularly attractive jurisdiction for claimants recovering assets of high net worth individuals.

Cyprus allows for flag injunctions under Section 30 of the Merchant Shipping (Registration of Ships, Sales and Mortgages) Law, which provides that the Supreme Court may make an order prohibiting the sale or trade of a ship or any shares within the ship. Like Malta, Cyprus is also a friendly jurisdiction to apply flag injunctions because there is no requirement for the owner’s domicile to be in Cyprus.

Flag injunctions in the Bahamas are prescribed by the Supreme Court under Section 32 of the Bahamas Merchant Shipping Act. Unlike Cyprus and Malta, injunctions are only applicable to vessels registered in the Bahamas if the owner’s domicile is based in the country. Still, in 2019 the Bahamas was the ninth largest flag state in the world and home to a sizeable number of maritime vessels.

The benefit of financing maritime arbitration

Arbitration is still the most popular way to resolve maritime disputes, given that the process is much simpler than pursuing claims in court and parties may be able to come to a better settlement. However, it would be remiss to not take note of the cost and time risks in recovering international assets, especially those that are so easy to move or sell. Given that respondent companies are often poorly capitalized and pose a credit risk, financing these claims can be difficult. Ship arrests and flag injunctions are valuable assets that claimants should take advantage of early on when seeking recoveries in maritime disputes.

Arbitration finance provides claimants with the finance and expertise needed to pursue valuable opportunities without being burdened by the length of the process or the chance of a negative outcome. By providing capital upfront and taking on a large portion of the risk, arbitration funders can make pursuing maritime disputes a realistic option for claimants who may otherwise be unable to do so given the time and money involved.

Burford’s arbitration team is well versed in maritime disputes and can finance the fees and expenses involved with any maritime arbitration claim. Further, our in-house asset recovery team can evaluate a claimant’s particular situation and direct the use of the injunction globally. We work with external legal counsel in jurisdictions around the world to achieve the best outcomes for claimants while managing risk and providing capital throughout the process. 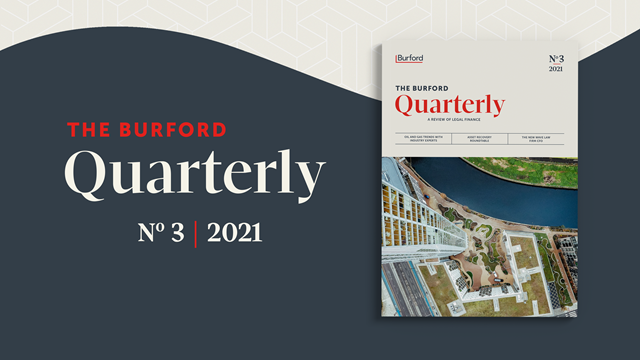 From reactive to commercially minded—trends in quantifying legal risk 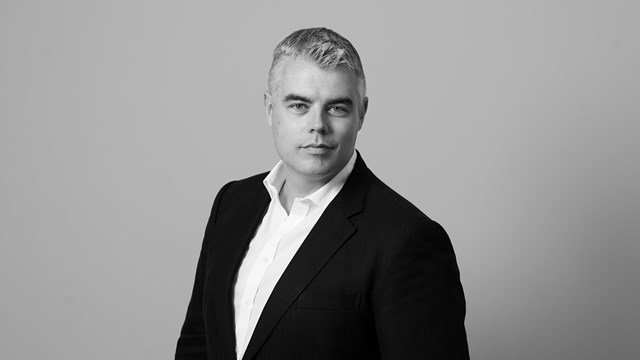 The road to debt recovery in the Middle East 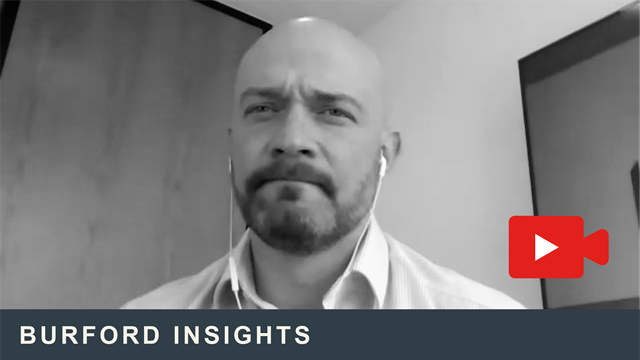