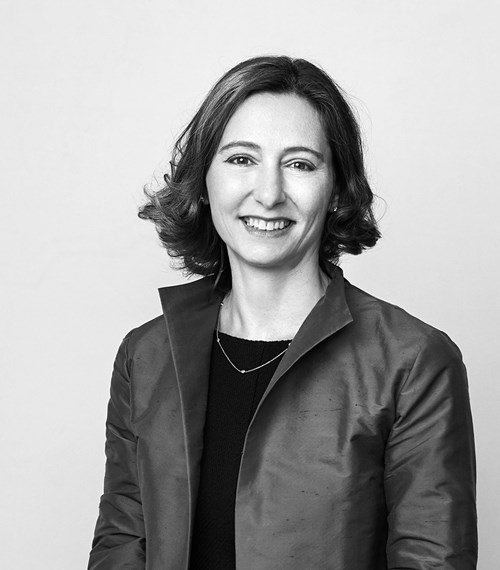 I recently participated in a panel organized by the American Bar Association with Deborah Newman of Quinn Emanuel, Barbara Parlin of Holland & Knight and moderated by Charles Rubio of Parkins Lee & Rubio discussing the implications of recent decisions on avoidance actions and the current state of the law on the 546(e) safe harbor.

Below are key takeaways.

Avoidance actions are provisions under the Bankruptcy Code to maximize the funds available for, and to ensure equitable distribution to, creditors in bankruptcy proceedings.

By bringing an avoidance action the trustee can recover the value for the estate that was transferred by the debtor prior to bankruptcy. The key avoidance provisions are the ability to avoid and recover a preference (s.547) or a fraudulent transfer (s.548).

Once the debtor has filed for bankruptcy the trustee or the debtor in possession has the exclusive standing to pursue avoidance actions under the Code within two years of the filing date.

The purpose of the 546(e) safe harbor

The 546(e) safe harbor provision is one of the most important defenses transferees can raise against fraudulent transfer claims seeking to unwind transactions prior to the bankruptcy—in particular LBOs or other transactions that involve the debtor taking on new debt.

Developed to prevent the bankruptcy of one market participant from affecting the securities markets as a whole, the purpose of 546(e) is to prevent trustees from undoing securities transactions that have been long settled and potentially causing cascading impacts among in the financial markets.

For example, if market participants couldn’t exercise their right under 546(e) when Lehman Brothers filed for bankruptcy, Lehman and its derivative contract counterparties would have had little ability to unwind contracts and market participants could have been stuck in derivative contracts exacerbating the 2008 financial crisis. Instead, those parties were permitted to close out those transactions and quantify their losses without fear that the transaction would later be attacked by a trustee as a fraudulent transfer.

The scope of the 545(e) safe harbor has been subject to frequent litigation over the last 10 to 15 years. Primarily driven by cases where trustees seek to avoid value transferred outside of bankrupt companies through LBOs or other merger activity prior to the bankruptcy. The evolving case law around the terms of the safe harbor provision has significantly broadened the scope of the defense—and created some uncertainty as the Second Circuit has diverged from other circuits in imposing the broadest interpretation of 546(e). Two critical areas of litigation have been around the scope of the interpretation of a “financial institution” and “in connection with a securities contract” under the statute, which is discussed below.

The meaning of “financial institution”: Merit and Tribune

In 2018, the Supreme Court adopted the minority view in Merit Management Group, LP v. FTI Consulting, Inc., 138 S. Ct. 883 (2018). In Merit, Valley View Downs agreed to buy all of Bedford Downs’ stock after Valley View Downs was awarded the last “racino” (racing plus casino) license in Pennsylvania. The stock purchase was handled by Credit Suisse and Citizens Bank (two financial institutions) from which the money was dispersed to the Bedford Downs shareholders. When Valley View Downs filed for bankruptcy, the appointed trustee brought a claim of constructive fraudulent transfer against the Bedford Downs shareholders. Drawing on the plain language of the statute, the Supreme Court held that the 546(e) safe harbor does not protect transfers that are simply conducted through financial institutions where the financial institution is neither the debtor nor the transferee but only the conduit—limiting the scope of 546(e) and permitting a trustee to pursue an avoidance action.

Post-Merit, the Second Circuit continues with its broad interpretation

In a footnote in Merit, the Supreme Court expressly stated that the parties had not raised the issue of whether the debtor or Merit could be deemed a financial institution by virtue of its status of a “customer” under Section 101(22)(A) of the Bankruptcy Code and if it could be, whether that impacted the applicability of 546(e).

The Second Circuit quickly adopted the view that the debtor could be a financial institution and therefore central to the transaction in In re Tribune Co. Fraudulent Conveyance Litig., 946 F.3d 66, 77-78 (2d Cir. 2019), where it affirmed Judge Cote’s decision on the interpretation of “customer.” In In re Tribune Co. Fraudulent Conveyance Litig., 2019 WL 1771786 (S.D.N.Y. Apr. 23, 2019). Judge Cote barred the trustee’s motion to amend the complaint to add constructive fraudulent transfer claims finding, among other grounds, that the debtor was a financial institution under 546(e) because it was a customer of Computershare Trust Company which had acted as a depositary in connection with the challenged LBO transaction by facilitating the repurchase or redemption of Tribune’s public shares.

The scope of “in connection with a securities contract”

Consistent with its interpretation of a financial institution under 546(e), the Second Circuit has urged a broad interpretation of the term “in connection with a securities contract.” In In re Bernard L. Madoff Inv. Securities, LLC, 773 F.3d 411, 418-20 (2d Cir. 2014), the Second Circuit held that payments made to defrauded investors that were purportedly on account of the sale of shares, but were instead part of a Ponzi scheme, were protected by Section 546(e) because the party making the transfers was a stockbroker, and the account documents executed by the customer defendants, which authorized the stockbroker to buy and sell securities on their behalf, were “securities contracts.” The court further held that a protected transfer only had to be “broadly related to a securities contract, not that it be connected to an actual securities transaction.”

Judge Rakoff also took a very broad approach in his recent decision in In re Nine West LBO Securities Litig., 2020 WL 5049621, at *14 (S.D.N.Y. Aug. 27, 2020). There, the Nine West trustee sought to challenge payments to the Jones Group’s officers and directors for restricted shares, share equivalent units and accumulated dividends through payroll and other means—in addition to payments made to the Jones Group’s public shareholders through Wells Fargo, an undisputed financial institution. The trustee argued that because the acquiror Nine West was not a customer of Wells Fargo with respect to the payroll payments, the transfers were not protected by 546(e). Judge Rakoff rejected this argument, finding that under Merit and Tribune the court had to look at the transaction as a whole, taking a “contract by contract” rather than “transfer by transfer” approach. The court found that Wells Fargo was acting as an agent in connection with a securities contract for the public company share transaction and that all payments made in connection with that contract were subject to the safe harbor.

These decisions have made the Second Circuit a decidedly hostile jurisdiction for trustees to bring avoidance actions that seek to recover value from former shareholders or other stakeholders in LBO or other significant transactions.

Given the risk, complexity, duration and expense associated with avoidance actions, we are seeing an increase in trustees using or seeking legal finance solutions, particularly in big ticket litigations where there is significant expense and a lengthy projected lifecycle.

Legal finance is a form of specialty asset finance that uses the risk-discounted value of litigation as collateral for an advance of capital. Legal finance is generally used in two ways:

Legal finance is non-recourse, so if there is no successful resolution capital need not be repaid; the financier loses its investment and gets no return. Pricing is determined on a case by case basis and is tied to the specific litigation risk of a case, the duration and where the case is in the litigation lifecycle. The financier does not control the litigation strategy or settlement, which is particularly important in the bankruptcy context where a trustee has fiduciary duties to creditors.

We expect the number of trustees turning to legal finance to help pursue these avoidance claims to continue to increase as a prudent way to manage increased litigation risk and protect creditor recoveries.