It is no secret that economic strain tends to spur IP litigation: When cash is scarce, companies are incentivized to extract value from dormant IP assets. With many companies likely to put their IP assets to work in 2021, it should come as good news that regulatory and judicial developments around the world are creating an IP environment that is friendlier to patent holders.

For Asia-based companies, the US has become an ever-more attractive venue for IP enforcement strategies. This recent trend is undoubtedly linked to the rise in eight- and nine-figure damages awards in the US: In the last 12 months, the US has seen several IP damages awards over $100 million. Most recently, Centripetal Networks was awarded an eye-popping $1.9 billion verdict in its patent infringement case against Cisco. Recognizing the immense upside of a US IP enforcement strategy, Asia-based companies including Seiko Epson, Maxell, LG, Huawei, Sharp and Nichia have filed suit there in the last two years alone. The US has arguably become the top IP enforcement venue in the world—but China’s government is working hard to create an IP environment that can compete.

For years, commentators have touted China as the next marquee destination for IP disputes. While this trend has not yet been realized, in a clear push to become a global IP enforcement venue, China’s legislature in October approved far-reaching IP friendly amendments to its patent law for the first time since 2008. Set to go into effect in June 2021, these amendments include increases to statutory patent damages, a maximum damages multiplier of five for intentional infringement and industry-specific protections, such as patent linkage and patent term extension for pharmaceutical IP. Though it will take time to see exactly how these dramatic changes will impact the Chinese IP enforcement landscape, it is clear that China will not sit idly by while the US continues to attract IP investment from companies around the world.

China is not alone in seeking to enhance its status as an attractive venue for IP enforcement: In 2020, the EU took important steps to make the Unified Patent Court (UPC) a reality after the German Bundestag approved a ratification bill supporting the Unified Patent Court Agreement in November. Given Germany’s role as an economic anchor of Europe, its support of the UPC is a strong indicator that the Unitary Patent—which would allow patent holders to protect their IP in up to 25 EU member states with a single European Patent Office request—will come into existence in the years ahead. The ratification of the Unitary Patent would dramatically lower both the cost and difficulty of filing in the EU, and would thus be a significant development in the IP space.

In addition to the UPC’s newfound momentum, 2020 also brought a significant positive development for EU trademark holders. In Sky v. Skykick, the Court of Justice of the European Union provided reassurance to trademark owners that it will not declare a patent wholly or partially invalid for unclear or imprecise specifications, largely maintaining the status quo. By creating jurisprudential clarity and maintaining protections for trademark holders, the EU took a small but important step in making itself a friendlier environment for IP protection.

Indirect indicators of litigation activity in China, combined with its recent efforts to strengthen its IP regime, will likely mean that China sees a rise in IP litigation in the year ahead. From 2018 to 2019, invalidity proceedings in mainland China increased more than threefold among non-practicing entities. This trend does not share a causal relationship with IP infringement claims, but it does signal pent-up litigation activity that is coming to the fore as the Chinese IP environment continues to develop and mature. In the near term, it is hard to imagine that China will play a meaningful role in redirecting or complementing the increased IP enforcement activity in the US among Asia-based companies—but it remains an important jurisdiction to watch, particularly as it rolls out its patent law amendments.

As it stands, Europe remains an “add-on” to US patent litigation, which continues to attract global companies seeking outsized returns from their IP portfolios. If the UPC moves forward, however, Europe will likely take a more prominent role in global IP enforcement strategies. The European Commission’s recently passed IP Action Plan—designed to help small- and medium-sized companies (SMEs) leverage the value of their IP assets to mitigate the current recession—signals the EU’s commitment to strengthening its IP regime to ensure it stays competitive in the years ahead. But even without the UPC, Europe may see more IP litigation in the next year.

The EU’s growing regulatory scrutiny of “big tech”—addressed elsewhere in this publication—may also create appetite for IP litigation. Having struggled in its efforts to reign in Google, the EU announced in November that it will launch an investigation of Amazon, and has an ongoing inquiry into Facebook. In December, the EU also unveiled its new Digital Services Act, which is expected to meaningfully alter the competition landscape for big tech companies. While the link between competition investigations and IP litigation is indirect, smaller tech companies—which in recent years have faced significant challenges in bringing claims against big tech companies—may be emboldened to pursue claims in a more friendly public policy environment.

Regardless of the venue that companies select, businesses large and small will be inclined to pursue IP litigation to offset recession impacts in 2021 and beyond. Anecdotally, we at Burford are already seeing growing interest among corporate clients in IP monetization strategies, particularly in the US. But with positive developments for IP owners in Europe and Asia, that interest may soon become more global—a welcome change for patent holders.

The latest issue of the Burford Quarterly reviews some of 2020’s major trends in commercial disputes and looks ahead to what we think will matter in the year to come.

Emily Hostage is a Vice President who works with Burford’s clients to finance legal assets in technology and intellectual property. Prior to joining Burford, Ms. Hostage was Vice President of Strategic Analytics and Policy at RPX Corporation, a leading global provider of patent risk management services.

Quentin Pak is a Director who leads Burford’s office in Singapore with responsibility for expanding Burford’s resources to support clients in Asia. Prior to joining Burford, Mr. Pak was most recently the head of the Asia commodities business at Commonwealth Bank of Australia. 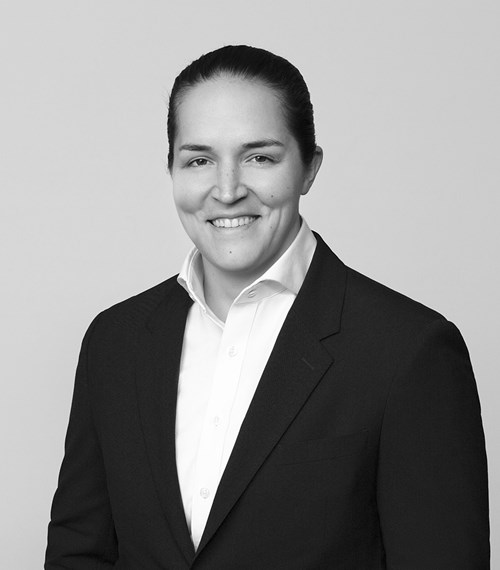