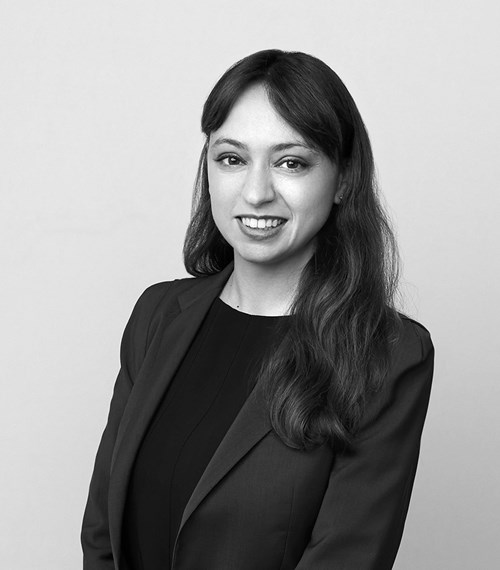 LexisNexis defines legal analytics as “the science of drawing insights from large volumes of data.” Legal practitioners, as well as in-house counsel and other stakeholders, are making increased use of legal analytics in order to reach data-driven decisions in the context of future or ongoing litigation. According to a 2020 study carried out by ALM Intelligence and LexisNexis, legal professionals overwhelmingly agree that legal analytics improves their firm’s performance and is valuable to their practice. In particular, legal practitioners use legal analytics to obtain and develop strategic insight relevant to their matters, such as in relation to the practice and conduct of judges, opposing counsel and parties.

The Use of Legal Analytics in US Litigation

Legal analytics technology is now well established in the context of US litigation, with one of the leading players in the market, Lex Machina, celebrating its 10th anniversary earlier this year. Lex Machina, however, is no longer alone in the legal analytics market. At least five other competitors have developed platforms that also examine publicly available records primarily from federal district courts, obtained through PACER. A survey conducted earlier this year comparing litigation analytics products (Bloomberg Law; Docket Alarm; Docket Navigator; Lex Machina; Monitor Suite; and Westlaw Edge) revealed differences in results, seemingly owing to discrepancies in the available data and the ways in which it is processed. Nonetheless, these litigation analytics providers offer sophisticated data analysis tools that, if used properly, can shed light on how a particular judge is likely to rule, as well as provide indications on the expected length or cost of specific proceedings. This information aids counsel and parties in making important strategic decisions, including whether to pursue a particular case or litigation strategy.

Arguably, access to data analytics is even more relevant in the context of international arbitration, where the parties and counsel exert a greater degree of control over key features of the dispute resolution process. For example, one of the most consequential choices in the context of arbitration proceedings is the parties’ selection of the arbitral tribunal. Access to meaningful information about individual arbitrators, including details about their prior experience, their views on particular issues, their overall case load and procedural practice, is therefore of paramount importance.

Legal analytics tools have traditionally not been available in the context of international arbitration, however. Indeed, there is no PACER equivalent in the international arbitration market. One of the reasons is the fact that, historically, arbitration proceedings have been confidential, and the awards and decisions of arbitral tribunals have generally not been available to the public. This is especially true in the context of commercial arbitration, where otherwise confidential decisions typically enter into the public domain only at the post-award stage, when enforcement or set aside proceedings are brought before national courts.

Even where arbitral decisions and awards have been publicly disclosed, the lack of a centralized depository from which to access such documents has made the development of sophisticated legal analytics tools in the context international arbitration particularly challenging. For example, although many investor-state arbitration awards are in the public domain, they are rendered in a variety of languages (English, Spanish, French), under a range of arbitral rules (ICSID, ICSID Additional Facility, UNCITRAL Arbitration Rules, ICC Arbitration Rules, SCC Arbitration Rules), and are spread across a a number of arbitration databases.

While parties choosing to pursue international arbitration over domestic litigation continue to value confidentiality as one of the fundamental attributes of this type of dispute resolution mechanism, recent data suggests that arbitration stakeholders are placing greater emphasis on features other than the confidentiality of the proceedings. For example, in the context of a 2018 study carried out by White & Case and Queen Mary University of London, respondents only identified “confidentiality and privacy” as the fifth most valuable characteristic of international arbitration. Notably, this came after the “ability of the parties to select arbitrators.”

Yet, the data also suggests that parties may be facing limits in obtaining information that would allow them to derive the most value out of such essential features of the arbitration process. When it came to intelligence about arbitrators, for example, only 57% of in-house counsel respondents replied “yes” when asked whether they had access to sufficient information, with 80% responding that they relied on external counsel as their source of such information. Indeed, across all survey respondents (which included private practitioners, full-time arbitrators, in-house counsel, experts, and other stakeholders), the source of information about arbitrators most selected was “word of mouth”, followed by “from internal colleagues”. “Publicly available information” including, for example “industry reviews, legal directories and other databases or review tools” came third, chosen by 63% of respondents.

In an attempt to address this knowledge gap, arbitral institutions and other stakeholders have recently launched a number of transparency initiatives. In the context of commercial arbitration, for example, the efforts of arbitral institutions such as the ICDR, ICC and LCIA have focused on sharing data about potential arbitrators, as well as the cost and length of the proceedings. Just last week, the SCC announced a collaboration with ICCA aimed at increasing access to SCC arbitral awards of general interest, a practice the ICC has done on its own with the publication of anonymized awards for some time.

Against this background, two firms have emerged recently that make effective and efficient use of data analytics in international arbitration: Jus Mundi and Arbitrator Intelligence. Jus Mundi is a comprehensive database for international law and arbitration, featuring not only the decisions and awards of arbitral tribunals, but also comprehensive analytics on arbitrators and experts, such as the number of arbitrator appointments, the kinds of appointments, by whom, and the results in those arbitrations. Arbitrator Intelligence is an information aggregator that collects and analyzes key information, otherwise not publicly available, about decision-making by international arbitrators. This feedback may include evaluations by parties or counsel of document production rulings, the qualities of the written award, and the quality and nature of arbitrator questions during the hearings, for example.

Although Jus Mundi and Arbitrator Intelligence have adopted different approaches in using arbitration analytics, they share some common characteristics in how they have approached the market.

First, Jus Mundi and Arbitrator Intelligence present compelling data analytics with few, if any, competitors. They have identified significant gaps in the existing data available and developed innovative methods to collect and present that data to users. For instance, Jus Mundi has developed algorithms to identify and collect otherwise confidential commercial arbitration awards (at least 600) through searches of national court databases on enforcement and set aside petitions. Arbitrator Intelligence has developed an online platform to facilitate broad-based, but confidential and anonymized, exchange of the kinds of information about arbitrators that are currently shared by phone on an ad hoc person-to-person basis, and not otherwise publicly available.

Second, both Jus Mundi and Arbitrator Intelligence have successfully enlisted the support of the next generation of arbitration lawyers, each in unique ways. Jus Mundi has collaborated with 250 arbitration lawyers from over 40 jurisdictions for its Wiki Notes project, a directory of bite-sized notes on key legal issues overseen by an editorial board. And Arbitrator Intelligence has enlisted a talented group of younger arbitration practitioners, establishing a formidable network of approximately 100 Ambassadors—with participants from Afghanistan to Zimbabwe—to help guide the platform’s project development and increase awareness.

Third, the features offered are constantly improving, with Jus Mundi having recently introduced a conflict checking module last month. Likewise, Arbitrator Intelligence currently features 150 arbitrator reports, a figure which will double by the end of 2020, and will soon introduce analytics on investor-state cases.

Such tools offer parties and their counsel valuable insight when considering candidates for arbitral appointments. Indeed, the increased availability of information about arbitrators enables parties to conduct better due diligence and potentially further the appointment of diverse individuals.

The significance of data analytics platforms, however, is not limited to the selection of arbitrators. A wide range of arbitration users can derive value from improved access to case information. Providers of arbitration finance may rely on arbitration analytics in identifying and assessing new matters. The type of data that may be relevant to funders evaluating a new investment opportunity may include, for example: the track records of claimant and respondent counsel; the average percentage of damages awarded as compared to the damages claimed by the parties and their counsel; the average budget for claimant counsel based on prior cases; and the average duration and cost of similar proceedings. In addition, users of international arbitration may rely on arbitration analytics to make informed strategic decisions throughout the proceedings; for instance, by reviewing information about matters such as decisions on disclosure of funding, security for costs, reconsideration applications, annulment applications, decisions on stays of enforcement, as well as enforcement and settlements by respondents.

In sum, although information about arbitration proceedings has traditionally been scarce, a combination of institutional initiatives and the emergence of sophisticated data analytics platforms is likely to allow a growing number of international arbitration users to meaningfully participate in this dispute resolution mechanism.