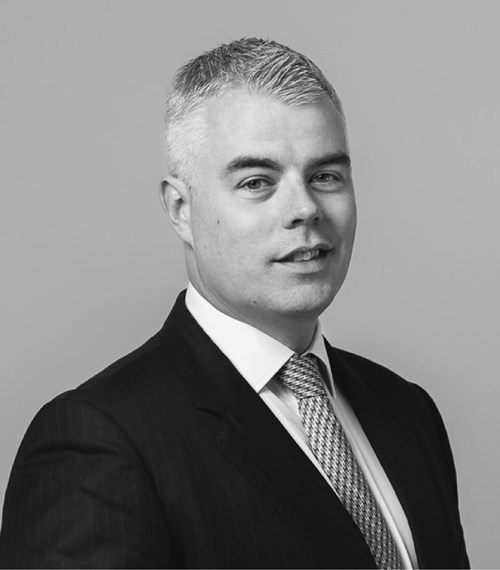 In March 2020, prior to the significant downturn that occurred as COVID-19 was declared a global pandemic, Burford Director Michael Redman and Director Daniel Hall posed a series of questions about asset recovery and judgment enforcement to a respected group of experts.

In light of the downturn, companies are increasingly likely to encounter enforcement issues, making these experts’ perspectives, excerpted below, all the more relevant in the months and years ahead.

Have the courts done enough to ensure there are consequences to recalcitrant or delinquent debtors--such as committal? If not, why?

Trevor Mascarenhas: There are different approaches by different courts. In some countries a failure to pay a judgment debt or a dishonored check can lead to imprisonment, which may seem a little too draconian. In other countries, debtors who fail to comply with orders to provide information or not to deal with assets pending enforcement may be committed to prison. However, there is a lack of international reach, so recalcitrant debtors can move countries and be largely unaffected by the sentence.

If extradition were available for contempt, that could prove to be a powerful deterrent from recalcitrant debtors breaching freezing and disclosure orders. However, that like so many other steps that could be introduced to facilitate international asset recovery, is a matter for governments and legislatures rather than the courts.

Nick Hoffman: To my mind, the short answer is “no”. Under Cayman Islands law, once a foreign judgment is domesticated, the full panoply of local remedies is available. For debts arising from cross-border commercial judgments, delinquent debtors are almost never present in the territory; thus, there are practical difficulties in using committal as a realistic option. International arrest warrants are rarely—if ever—issued to enforce these types of debts, and the courts perhaps rightly recognize that it is the debt that the judgment creditor wants, not satisfaction in the form of imprisonment. The appointment of receivers in the context of debts arising in partnerships has proven particularly effective where the proceeds of asset sales can be secured and distributed to creditors in an orderly fashion.

Nicola Boulton: Largely, yes, the courts are astute to apply sanctions to anyone not complying with the requirements of bankruptcy or breaching court orders or requirements for asset disclosure. There is a balance to be drawn between the fair application of court and statutory powers and their abuse—and no doubt there are sometimes errors. But, in my experience, debtors think they are too harsh, and creditors think that they are too lax—which suggests that they are not far off right.

In 2019, countries such as Angola and Mozambique have been working to recover lost state funds. Does this signal that nation states are actively trying to recover stolen assets? If so, what barriers are they likely to face?

Trevor Mascarenhas: With an increasing awareness as to the damage that can be caused to a country by kleptocracy, together with international pressures to stamp out bribery and corruption, I think we can expect to see states actively trying to recover stolen assets.

A particular difficulty with cases of kleptocracy is that wrongdoer control of the state or relevant state entities prevents any effective action being taken to recover assets. Even when there has been a regime change, there may be considerable uncertainty and instability with respect to the new regime, making it difficult for effective action to be taken.

Another potential barrier is that wrongdoer influence in the relevant state may make investigation of the claims and producing evidence in support particularly difficult. One of example of how that might be overcome has been the introduction in England of unexplained wealth orders, which in certain circumstances puts the burden onto the defendant to prove that property was legitimately obtained.

Nick Hoffman: Anecdotally, it seemed to be the case that for several decades it was nearly impossible for countries that had been the victim of lost or stolen state funds to take effective action to recover assets that had been concealed abroad. Angola and Mozambique’s determination to do so is a sign that there is a renewed appetite for such action and for international cooperation to support it.

Administrative procedures introduced to freeze assets rapidly, more jurisdictions proactively initiating their own investigations, confiscation of assets without the need for individual convictions, court-ordered reparations and restitution and settlement agreements--all have an important role to play where the more traditional routes have often been inadequate to support the efforts of nation states to recover stolen state funds. An equally important challenge identified by non-governmental agencies involves building the capacity of practitioners in developing countries to support asset recovery efforts. Such initiatives will help to prioritize and initiate cases, build trust with foreign counterparts and generally facilitate asset recovery efforts.

Countries with established asset recovery policies and solid legal and institutional frameworks continue to achieve success in returning the proceeds of corruption. For many less developed nations, however, there may be a disconnect between the effectiveness of the tools and expertise now available elsewhere and that of the laws and institutions that exist domestically. A lack of information and in some cases willingness will also prove significant challenges in this space.

The requirement is not just for legal expertise, but also for project management skills that cover a wide range of specialties and experience. These are seldom found within the legal profession, not least because of the political dimensions of such an undertaking and the need for work “on the ground”, coordinating criminal and civil routes to recovery.

The challenge for a state is to find the right people to quarterback a recovery, whether internally or externally, and to finance the process so that it can be carried through and achieve the return of funds.

To read the article in full, download the Issue 2 Burford Quarterly 2020